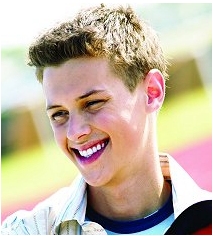 Wisdom teeth, also known as third molars, are the last teeth to erupt in your mouth. This generally occurs between the ages of 17 and 25, a time of life that has been called the “Age of Wisdom.”

Anthropologists note that the rough diet of early humans resulted in the excessive wear of their teeth. Normal drifting of the teeth to compensate for this wear ensured that space was available for most wisdom teeth to erupt by adolescence. The modern diet, which is much softer, and the popularity of orthodontic tooth straightening procedures produce a fuller dental arch, which quite commonly doesn’t leave room for the wisdom teeth to erupt, thereby setting the stage for problems when the final four molars enter the mouth.

What is an Impacted Tooth?
Complications such as infection (fig. a) , damage to adjacent teeth (fig. b) and the formation of cysts (fig. c) may arise from impacted teeth.

A tooth becomes impacted when there is a lack of space in the dental arch and its growth and eruption are prevented by overlying gum, bone or another tooth.

How Serious is an Impacted Tooth?

Impacted teeth can be painful and lead to infection. They may also crowd or damage adjacent teeth or roots.

More serious problems may occur if the sac surrounding the impacted tooth becomes filled with fluid and enlarges to form a cyst. As the cyst grows it may hollow out the jaw and permanently damage adjacent teeth, the surrounding bone and nerves. Rarely, if a cyst is not treated, a tumor may develop from its walls and a more serious surgical procedure may be required to remove it.

Must the Tooth Come Out if it Hasn’t Caused Any Problems Yet?

Not all problems related to third molars are painful or visible. Damage can occur without your being aware of it.

No one can predict when third molar complications will occur, but when they do, the circumstances can be much more painful and the teeth more difficult to treat. It is estimated that about 85% of third molars will eventually need to be removed.

When Should I Have My Wisdom Teeth Removed?

Wisdom teeth are easier to remove when the patient is younger, since their roots are not completely formed, the surrounding bone is softer, and there is less chance of damaging nearby nerves or other structures. Removal of wisdom teeth at a later age becomes more complicated as the roots have fully developed (may involve the nerve), and the jawbone is denser.

It isn’t wise to wait until your wisdom teeth start to bother you. In general, earlier removal of wisdom teeth results in a less complicated healing process.The AAOMS/OMSF study strongly recommends that wisdom teeth be removed by the time the patient is a young adult in order to prevent future problems and to ensure optimal healing.The researchers found that older patients may be at greater risk for disease, including periodontitis, in the tissues surrounding the third molars and adjacent teeth. Periodontal infections, such as those observed in this study, may affect your general health.